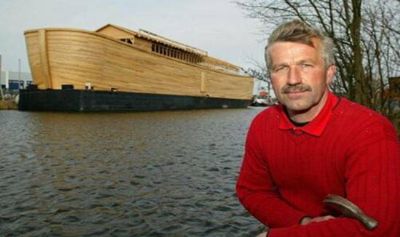 Replica of Noah's Ark built by a Dutch contractor, Johan Huibers.
It was built approximately to scale, however is 1/2 the length and 1/3 the width of the Biblical dimensions. It was built to show the world how massive the Ark was and how so many animals could have been housed for a long time. It was built in smaller scale so it would be able to travel around Europe, navigating the canals, bridges, and rivers en route.
There have been several comments on the improbability of getting 2 of every animal onboard the Ark.. Briefly... The Ark had the same capacity as more than 500 train boxcars. Remember, not all animals needed to be full grown, not every variation of every genus. Also remember that not every variant of every genus was required onboard as their variant species would be produced over the years. Also, check out http://www.answersingenesis.org/creation/v19/i2/animals.asp . Consider all the facts, the 1.5million cubic feet of space on the ark, 40,000 animals, and it makes a lot more sense than the little 4-animal arks you see in pictures and toys. This thing was massive and amazingly effective as a safe haven for thousands of plants and animals.

Working Replica of Noah's opened In SCHAGEN, .  Built by Dutch Creationist Johan Huibers as a testament to his faith in the literal truth of the Bible. 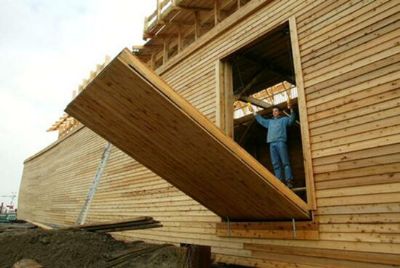 The ark is 150 cubits long, 30 cubits high and 20 cubits wide. That's two-thirds the length of a football field and as high as a three-story house. 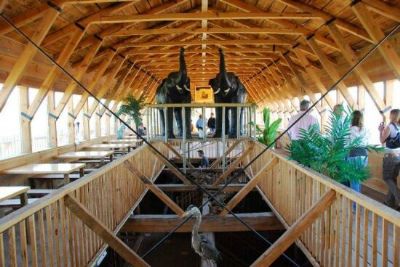 Life-sized models of giraffes, elephants, lions, crocodiles, zebras, bison and other animals greet visitors as they arrive in the main hold . 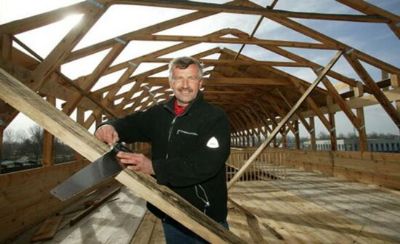 A contractor by trade, Huibers built the ark of cedar and pine. Huibers did the work mostly with his own hands, using modern tools and with occasional help from his son Roy. 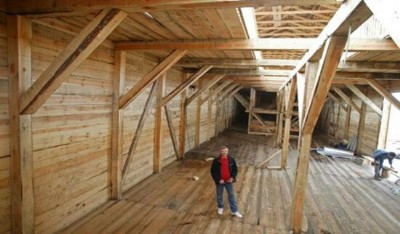 Construction began in May 2005. Huibers, a Christian man, said he hopes the project will renew interest in Christianity in the . 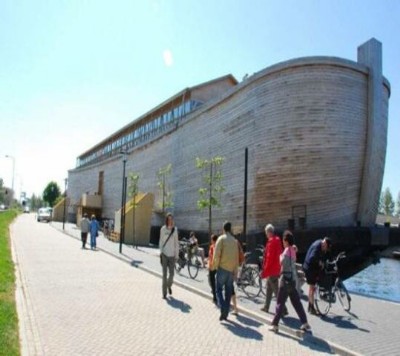 Now that I am old and grey, give me the time to tell this new generation (and their children too) about all of Your mighty miracles. > Psalm 71:18 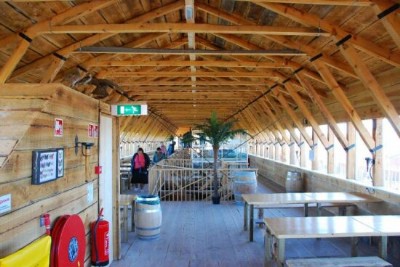