Stair - History.
We hope you find this section interesting and enjoyable. 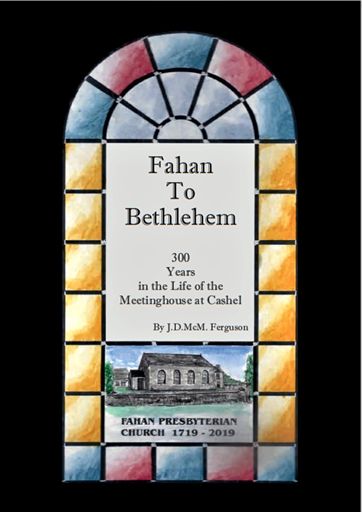 300 Years in the life of the Meeting House at Cashel

Book published in December 2020.
An extensive history of Fahan Presbyterian Church covering the events that composed the three centuries between that first mention of a “Presbyterian Meetinghouse at Cashel” in 1719 and the final event of the 300th anniversary celebrations “The Way to Bethlehem” which happened in late December 2019.

Of course, it records the life and times of our 16 ministers but much more:-  Wills, stolen manses, unpaid ministers, emigration to New Zealand, benefactors, fundraising at home and in USA, a purse of sovereigns, art and artefacts etc. etc. All beautifully presented in colour where appropriate.

A quote from the foreword: - “ranging through everything from scrapbook entries, minute book minutia, to historic events and a smattering of drama and intrigue”

The history options of an earlier history book on the left are in chronological order. A document covering this list is available by clicking here.

The congregation was originally connected with Burt and Inch as recorded at a meeting of Laggan Presbytery on the 17th. of June 1691. Arrangements continued until 1719 when Mr.Cochrane was ordained at "Fawn". The church has remained on the original site for some three hundred years.

Click here for location of the Historic Fahan PresbyterianChurch. 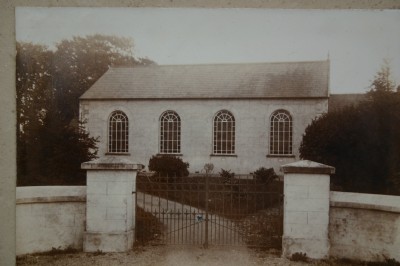 The casual observer can see the contrast between the older 17th century left hand wall with it's two square windows and the more recent right hand wall of the enlarged building with four round topped windows. The Church underwent a major refurbishment during 2003/04. The work was carried out by Ireland's National and Training and Employment Authority FAS to counteract the ravages of time, woodworm, rising and penetrating damp plus rot. The project included replacing the floor, pulpit and heating system, stripping the pews, installing a raised dais and electro osmosis damp proof course. Rev. Jones was installed as minister of Waterside & Fahan on Wednesday 14th September of 2005.  The present Church Hall was opened in 1991 following high quality construction by FAS. 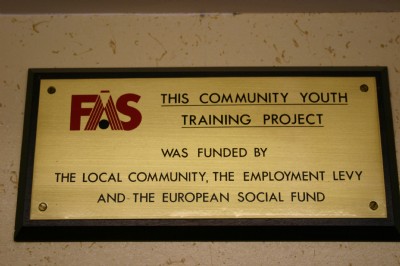 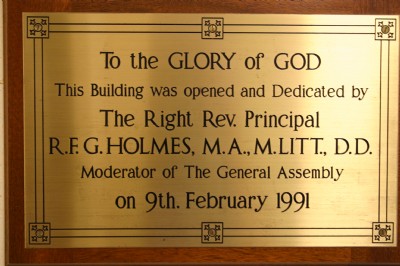 Click for an extract taken from a small history booklet prepared as a fund raising initiative by Murry Ferguson in 1999.

There has been a gradual change over the last eighteen years (1987 to 2005) during and since the ministry of Rev. Maynard Cathcart. A significant increase has taken place in the number of people and new houses in the vicinity of the Church and Inishowen in general.

In Donegal, Protestants continue to make up a small minority of the residents. There are generally healthy contacts with Roman Catholic adults and children in the area through school and community activity. Fundraising has been a significant activity for all families in the congregation since plans for the new Hall were first considered. Some of the major events included a flower festival, a fashion show and several large auctions.

The community have moved on in during that time with, for example, two female Presidents an increase in family breakdown, more violence, an increase in the use of drugs and changes in marriage styles. Fahan Presbyterian Church has had fifteen ministers and various Unions or links during the last forty-five years. These relationships included Inch, Buncrana, Burt, Knowhead, First Derry, and most recently Waterside.

The cumulative effect of these changes over several decades has help mould a congregation that is flexible and self-reliant. Fundraising events have been well supported by the whole community. The Church is one of forty seven in the Presbytery of Derry and Donegal.