The man on the Northern Bank £20 note

Harry Ferguson, inventor was one of irelands most famous engineers. The first man to design, build and fly his own plane in Ireland.

Harry had many exceptional achievements including the designing and building of the Ferguson TE20 tractor. 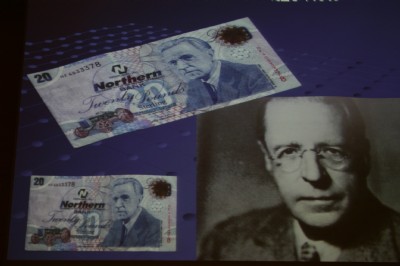 The life of Harry Ferguson is commerorated on the £20 Northern Bank note. The presentaion on his life given by George Conn in Fahan Presbyterian Church gave everyone plenty to ponder in relation to his desire for perfection and everyones need to be right with God. 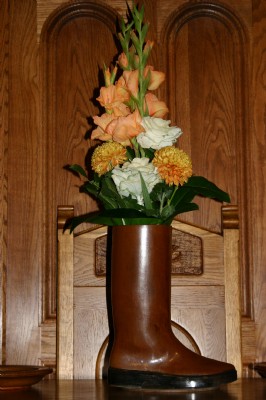 The wellington boot as a flower vase added to the atmosphere for the talk in Fahan Presbyterian Church on the life of agricultural engineer from Hillsborough, Co. Down, Ireland. 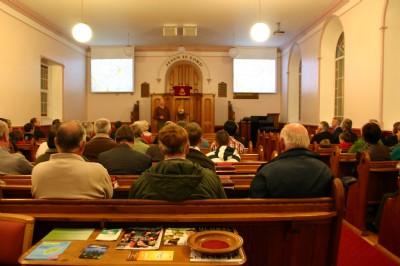 A mainly male audience listening with interest to the fact packed presentation on the life story of Harry Ferguson, one of Irelands best engineers. 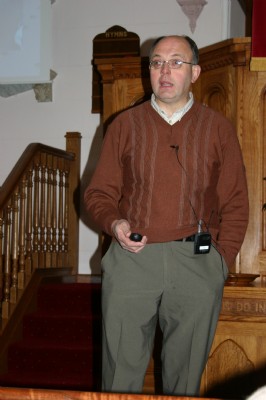 George Conn giving a packed presentation to an invited audience in Fahan Presbyterian Church on the life of Harry Ferguson.