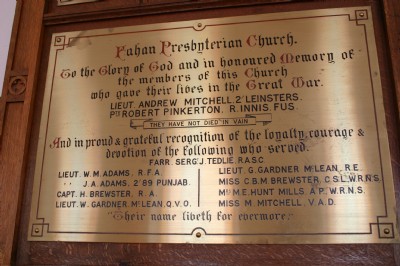 To the Glory of God and in honoured Memory of
the members of this Church
who gave their lives in the Great War.

"They have not died in vain"

And in proud recognition of the loyality, courage and devotion of the following who served.

"Their name liveth for evermore." 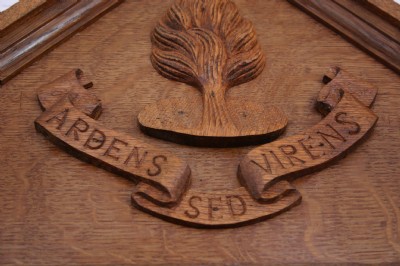 Arden Sed Virens and the carving of the "Burning Bush" are logos of the "Presbyterian Church in Ireland".

The memorial, located in a prominent position on the left hand side wall of the  church. It contains the names of those who died and those who served in the "First World War". At the time it was considered this was "The War to end all Wars". 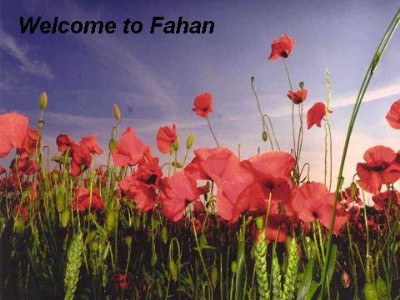 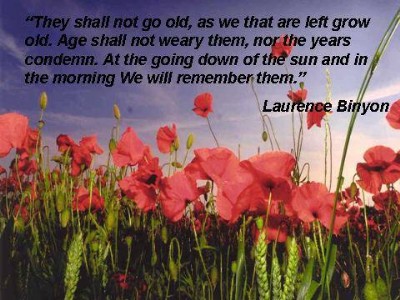 We traditionally hang a poppy wreath and take a minutes silence on Armistice Sunday in November each year. Our minister reads the lines of Lawrence Binyon

"They shall not grow old as we that are left grow old:
Age shall not weary them, nor the years condemn.
At the going down of the sun and in the morning
We will remember them."