In the summer of 1948 Fahan were selling their old organ and if it was moved over the border the customs charge would be 100% duty and purchase tax at their own valuation.  So it was decided to sell it in Buncrana or or advertise in local papers.  Because it needed repairs those interested would not take it so it was removed out of the stable to some dry place.

On 1 August 1948 a organised boat trip to Portsalon made a profit of £5.10 which was shared with Fahan and Inch.  On 15 August 1948 a bus trip made profit of £4.50 which was shared between the 2 churches.  Rev TJ Holmes, stated at a committee meeting held on 10 October 1948 that he wanted to hold a Bible class or something in the middle of the week.  It was also decided to turn one the stables into a hall so as to be near the church and also central for the congregation.  Finally, both stables were converted and estimate for the cost was £130.00.  People were asked to volunteer to take the stands down and bring sand. 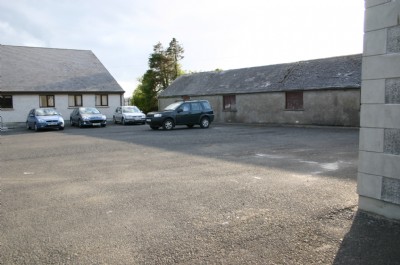 The former stable on the far right was later concerted to a Church Hall and is currently vacant. 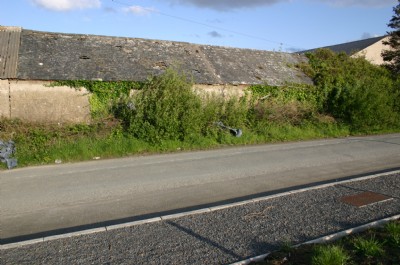 The former Church Stables in need of some care,viewed from the North.
A new stable was to be built as one or two families still traveled to church by pony and trap and the cost altogether was £250.50.  A wooden floor was used instead of a concrete one.  The opening service in the new hall was on 27 February 1949 with a social held the next day.